I want to update you on the Liberal Democrats’ efforts to uncover government plans to change gun laws.

A proposed amended National Firearms Agreement has been in circulation within government since November. The Liberal Democrats have worked with shooting organisations to demand access to this updated Agreement under Freedom of Information law.  However, we have recently received a letter from government refusing such access (click here to see the letter)1

We are concerned that the government intends to announce more restrictive gun laws after the federal election. They want to avoid announcements before the election because they fear backlash at the ballot box from the shooting community. I have been working tirelessly over the past two years, to uncover every government action and plan that would make life more difficult for the law-abiding shooting community. The Liberal Democrats are the only party that can represent the interests of shooters in the federal parliament. With your support in the upcoming election, we can increase the number of Liberal Democrats in the Senate, and put more pressure on government to look after the interests of shooters.With just a few weeks left in this election campaign, we are going to be fighting hard to get our message out and booking major advertising time—the largest ever for our party!

Please text FIRE to 0439 999 333 to contribute $10 to our campaign today. A small donation toward the effort will ensure that more Liberal Democrats can help me fight back against the anti-firearms forces in the next Parliament.

You can also contribute online at http://ldp.org.au/donate2.

Perhaps the phrase ‘gun control’ should be replaced with ‘victim disarmament’? 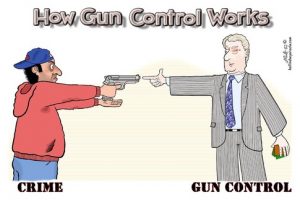